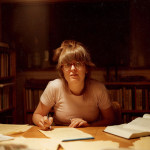 With the mandatory curve unleashed on each new class of incoming 1Ls used as a sorting mechanism to sift through the masses, it is imperative to your law school success that you understand the unique beast that is the law school exam. After all, that 3-5 hour exam at the end of your semester is all that stands to set the difference in rank between you and your law school classmates. From the outside looking in, it might seem a little strange that each student only gets one shot in each class to show off what they have learned. Generally, there are no midterms, small counted projects or written homework assignments, there is simply one final exam. For some reason, the gravity of this situation does not sink in to many law students, at least early on enough in the fall semester of 1L. Unless your professor counts attendance or participation towards your grade, knowing the answer to the cold call during the semester has no bearing on your final grade in the course. Even in situations when the professor claims these factors may come into play, they are generally factored in at such a miniscule level that they have no real bearing on your overall grade. Therefore, the game plan from the beginning should be to understand how to take a law school exam.

As with many exams, such as the LSAT, students may give themselves an advantage over their peers by simply entering the exam room with a complete understanding of what will be asked of them. Just understanding how a law school exam works, and what is expected on it, will put any student with this knowledge ahead of his or her peers (at least in the fall semester of 1L year). The reason for this is that most law school students don’t catch on to what matters until 2L or 3L year (at best, until spring semester of 1L). By then, you can give yourself the advantage you need to be in the top of your class by getting ahead during the fall semester, and cementing your place in the spring.

What is implied matters:

As the semester rolls on, due to the way the law school curriculum is structured, the average law school student is lead to believe that the black letter law is key to doing well on the exam. Students are taught the law in class, so it is reasonable to draw the conclusion that the professors will want the students to recite that law cold on the exam. Except, the way the classes are taught creates the belief that a professor might ask you to recite the law and call it a day, much like undergrad exams where the key to success is going through the motions of regurgitating from memory the information that was taught during the semester. This is the biggest red herring in law school.

To analogize to a real life example, what professors expect you to do on a law school exam is to imagine this following scenario:

You are a lawyer sitting in your office and a phone call comes in from a client with a particular fact pattern. After presenting you with the pertinent facts, the client asks: “what should be done?” You, acting as the lawyer, must analyze this fact pattern and spot all the legal issues, throwing the black letter law at the facts and ironing out all the twists and turns that present themselves in order to place all the options that present themselves on the table.

Naturally, knowing the black letter is a given. In fact, it shouldn’t even be mentioned as something the student should know upon entering the law school exam room because it is so obvious. In essence, nobody cares that come exam time you know the black letter law. So will all your classmates (to avoid absolutes, there are always going to be the few individuals who are unprepared when it comes to this basic point, but because law school exams test a variety of subjects within each field it is highly unlikely someone comes in not knowing much of anything). What truly matters is the student’s ability to answer the hypothetical client with a straight face after careful examination and analysis of the fact pattern and the relevant law. This is known as the analysis portion of the exam, and it is the grey area that makes or breaks you.

Typically, a professor will require that you spot a set of particular issues on each of the exam’s fact patterns. The key is to spot as many as possible, but what students that may be aware of how the law school exam functions often miss is that it is the analysis of these issues that weighs the heaviest. A student that spots an issue but does not develop it thoroughly by meshing the facts with the law will severely limit his or her total potential points earned. In fact, it is often not surprising to find students who did not catch as many issues as others still receiving better grades. This, of course, depends on how the professor awards points on his or her exam, but it illustrates a very important point that is often ignored. What many students also often misunderstand is the importance of the conclusion. Although it is generally beneficial to arrive at a particular result, the law school exam, much like the law, does not often provide a clear answer. Therefore, it is wasted effort to worry about a ‘correct’ answer. What matters, again, is the grey area analysis that fleshes out the general strengths and weaknesses of both sides of a potential resolution, not the resolution itself.

In summary, you should enter a law school exam understanding the legal concepts you were taught throughout the course of the semester, but your emphasis needs to be on spotting issues and, more importantly, fleshing out those issues with a deep analysis stemming from slapping that law onto the facts presented to you. This presents to the professor that you have a firm grasp of the law and understand how it applies in a real world context, no different than the analogized example of receiving a client phone call illustrated above. Remember, the client is not going to care that you know the law, that is why you are a lawyer. What matters is that the client will want you to apply that law to the client’s facts and provide detailed reasoning leading to a potential resolution (course of action). Because there are always two sides to a story and another lawyer will represent the other side, that lawyer’s job will be to provide the alternate story. On the exam, the analysis tests your ability to not only craft your argument but anticipate the other argument likely to be advanced by your client’s adversary. That is the skill of a lawyer, and that is what the professor desires to see. As you can see, knowing the law itself would get you almost nowhere in this context.

A and B are at a bar and A starts talking about wanting to sell his motorcycle (worth $5,000). After a few hours of drinking, B says he’d be down to buy A’s bike for $500. A is pretty drunk and exclaims “sounds great.” B writes down on a napkin: “I am A, and am selling my motorcycle to B for $500.” The napkin includes a signature line which A signs laughing. The next day, B brings A the $500 to A’s house and A declines to sell it, stating the two of them were drunk and the transaction was obviously procured in jest at the bar. B does not find this funny, and sues.

This is an altered version of a very popular Contracts case, but it illustrates the point well. You’re on the phone with the client and it’s your turn to shine (the template below is not meant to be an exam perfect answer, simply an illustration of tackling the steps necessary to succeed on a law school exam):

3. Analysis: (use as many facts as possible)

Was there consideration? Was it de minimis? Was there an offer by B at the bar? Was there an acceptance by A at the bar? Did the napkin contain the elements necessary to bind A? Does Statute of Frauds come into play? What does the fact the two of them were drunk at the bar signify?

These are just some of the questions you need to be answering as you bring down the facts from above and apply them to the questions that were just raised due to your knowledge of the law. For example, besides the drunken factor, how will A’s laughter when signing the napkin come into play when deciding whether there was an acceptance (if at all)? Your objective is to go through each line of this fact pattern and see what may be useful to argue for one side or the other for each law element. The best way to describe this is to role play by placing yourself in the shoes of the client on each side of this debate and imagining what sort of arguments you’d make if someone was trying to make you sell your bike for a mere $500 (A) and what you’d say if you felt you had a legitimate transaction take place even if on its terms it is to your benefit (B). This is all done in the analysis section of your answer, it is precisely this sort of back and forth reasoning that gets you that CALI award if executed as close to perfection as your other classmates allow.

Seeing this, do you think the professor will care whether there really was a contract formed between these parties? Many people really do a poor job of the analysis section, but state the issue, the law, and draw a quick conclusion. This is fatal. Who cares what you think will ultimately happen in this hypothetical situation, the key is to draw the map with words that gets you there on the law school exam. This is no different than in a debate situation between two capable individuals: you don’t win any points stating the other person is wrong, you win points by presenting the facts necessary for the audience to logically conclude the other person is wrong. Let the professor draw the conclusion from your well articulated reasoning. State what you may think is the more likely conclusion, but don’t rely on this to get you much in the way of points. It won’t.