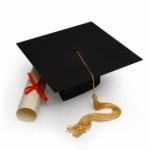 One of the most common claims in advertisements contained in law school brochures and related information packets aimed at prospective law students praises the worth of the standalone JD degree. With the JD, the claim goes, law graduates come out of law school killing two birds with one stone: not only will they be equipped for practice in the legal field, but they will also have a myriad of alternate career paths available should being a lawyer not be their calling. This is known as the myth of the versatility of the JD degree, a powerful marketing tool that ensures prospective law students have no qualms about enrolling in law school because very little, if anything, could go wrong. After all, obtaining a prestigious graduate degree such as the JD can only make the law graduate a more competitive candidate for any number of employment opportunities outside the legal field, right? For someone who doesn’t have the inside scoop, it is logical to assume after more than 20 years of indoctrination regarding the greatness of education that more is better. The reality, unfortunately, is that this is certainly not the case with the JD degree. However, what is even more problematic than the myth of the versatility of the JD degree is what is known as the JD disadvantage. Generally speaking, not only does a standalone JD degree not provide the type of value that would make a law graduate more competitive in other employment fields, but it often actually forecloses many upon many opportunities outside of its one and only purpose: preparing you to be a lawyer.

To understand this entire concept, you must first understand the inherent worth of the JD degree on its own. Law school, to the extent it is even capable of accomplishing this, only prepares law students for the practice of law. This means law students, most importantly, learn how to apply the law to the facts and how to interpret legal rules. Although it is true that law school also helps develop and enhance some inherently valuable skills, such as critical thinking, logical analysis, and clear and concise communication skills, these skills alone are not so valuable and non-existent outside the legal field that the mere obtainment of a JD degree has employers calling. This means that the skills gained in law school are almost entirely a field-specific skill set applicable to the legal field only, with one exception. There is a small niche of jobs out there that may be coined “JD-Advantaged” positions. These positions are rare, but are the few positions outside the legal field where the legal skills learned in law school are beneficial for the employer. The most common example of this is a compliance position with a company in a highly-regulated industry, where compliance employees must ensure the company follows particular guidelines and is in compliance with all regulations. The problem with these positions, however, is two-fold. First, although a JD degree is beneficial for these types of positions, it almost never is required. This means one can obtain this position without having to go to law school. In fact, most of the individuals in these positions do not have JDs, often obtaining such employment through the combination of a relevant bachelor’s degree and relevant prior work experience/connections. Second, it very rarely is the case within this already rare non-legal employment niche for law graduates that it is the standalone JD that results in a hire. Most often, it is the law graduate with the right undergraduate major or relevant prior work experience that gets the nod over the freshly-minted K-JD student. In this scenario, the JD is more of a bonus on top of an already solid resume for the position. It is almost never the standalone JD that creates the edge even in this favorable, albeit limited, context. As a bonus, ask yourself a simple question: why would someone go to law school to voluntarily apply to the very few openings favorable to JDs outside the legal field? Yet, this is not the biggest problem.

The greater and more rarely discussed problem involves law graduates being entirely shut out from non-legal employment opportunities solely due to the fact they obtained a JD degree. Yes, the double whammy. Not only may the JD not open the non-legal doors you may have imagined, but it is very likely to completely shut whatever chance you may have had prior to law school of obtaining that employment. The problem is simple and discussed more in-depth in the JD versatility article. However, it is necessary to touch upon the basics here as well. Everybody on the outside believes what the prospective law student is told to believe prior to enrolling: lawyers make bank. Why would anybody want to hire a law graduate for non-legal employment when they will flee as soon as their road to riches lawyer gig appears? JD degree holders are viewed as a short-term hire, they may even be considered rejected on the spot on the mere rationalization that there must be something wrong with them if this is the job they are applying for when they could be a rich lawyer. In addition, the JD degree brings no inherent value to the position in a non-legal context, but it is unlikely the law graduate will be happy with a bachelor’s degree salary. The icing on the cake is the belief that hiring a lawyer will not only jump start the manager’s worry over his own position, whether accurate or not, but also the fear the law graduate will act like a lawyer. For example, poking around in places outside of his or her position and giving unsolicited advice. As a non-legal employer, why deal with any of this?

With the legal market completely out of whack in relation to the amount of law graduates graduating each and every year out of law school, law graduates have begun to swarm non-legal positions in hopes of gaining credible employment. It has gotten so bad that there are now positions out there that actually list in the job opening that “No J.D.s” need apply. Presumably, outside of the above assumptions, these positions have been swarmed with law graduate applications to the point where it is necessary to preemptively strike them from the applicant pool. What does this say about the value of a JD degree? Truly, the JD disadvantage. This has become so common that a blog was created to track the positions specifically excluding JD degree holders from applying: JD-Disadvantaged. Those law graduates that suffer the most from this treatment are the K-JD students with no prior work experience or competitive undergraduate major. The “No J.D.s” prerequisite really refers to those applicants with nothing more of value than the standalone JD degree (No-Only J.D.s). Again, for those with relevant prior work experience or a competitive/relevant undergraduate degree, there may be room to ignore the JD outright and still obtain the position in a non-JD-Advantaged job. However, this begs the question: what was the point of law school? For the rest without connections, relevant work experience or a solid undergraduate degree, outside the legal profession the JD degree may as well be considered an anchor holding you back rather than a standout credential that makes the law graduate competitive in other industries.

This entire JD disadvantage problem is compounded within the legal field itself. The logical person would think that the least a JD degree would be useful for as a last resort is a paralegal or legal secretary position. It may cause you to start on the bottom, but you can work your way up. Unfortunately, yet again the legal field does not follow the logic. The situation for the unemployed law graduate is a trap: you cannot be hired for non-associate positions because you have a JD degree, but you can’t be hired for associate positions because you have no experience and nobody took a chance on you during law school so you did not obtain graduate employment before graduation. For low-level positions in a law office, such as a paralegal or legal secretary, the common thinking is again two-fold. First, what lawyer wants a paralegal with a law degree providing unsolicited substantive advice on work product and inquiring about what they should do to move up or get a raise? Again, the law graduate is viewed as a short-term hire, ready to flee at a moment’s notice if a lawyer gig opens up. Paralegals and legal secretaries are individuals with a lower associate’s degree or individuals with a bachelor’s looking to stay for a few years before moving on to bigger things. The point, largely, is that they have no power in the employment hierarchy in relation to the lawyer. Law graduates in these positions disrupt this order of power. This brings up the second point: lawyers don’t want the law graduate paralegal watching their every move, learning along the way, and then jumping ship to open up their own shop, competing with their former boss for clients. Even worse, taking some with them! Interestingly, this is not exactly a new phenomenon.

The reality of the JD degree is very basic to understand. There is a specific period of time during law school where law students have the greatest chance of obtaining legal employment. This is known as 2L OCI. Past that phase, they must gain as much legal experience through internships and law clerk positions as they can to be competitive for the remaining positions snatched up during 3L year or immediately post-bar. The rest will most often be out of luck, facing both the obstacle of trying to find legal employment and the JD disadvantage if they venture outside of the legal field. For most, this will be worsened by many orders of magnitude because of the large amount of student loans awaiting repayment. It is not a pretty picture. Whether law school is a good idea for any one individual depends on his or her particular circumstances, but the least every prospective law student can do is be informed about law school. A great place to start is to answer the pre-law questionnaire, not immediately after college but after at least a year or two of solid work experience that may prove ever so crucial if you wind up enrolling in law school and things don’t go as planned.