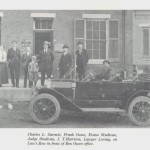 A very common belief, perhaps alive as late as 2007, was that law school could not hurt you. If you were not destined for medical school, it offered the “prestige” of entering into a field that was very much respected by laypeople and put you on the path to a very comfortable living. I mean, who really knew a ton of lawyers who were struggling to survive on bread and water? Lawyers wore fancy suits and handled only the most prestigious of matters for the highest level of clientele. The legal profession was very often touted as one of the best ways to achieve high financial success. You, my dear friend, could be the next in line to ride on this roller coaster of success. Sure, law school wasn’t going to be “easy.” But, so what? What would 3 years of semi-rigorous schooling matter when you had a successful career ahead of you after the schooling was over. Point blank: most students enrolled in law school to make money, because this belief created the notion that being a lawyer was money. Historically, has this actually been true? As you will learn, this was a reasonable conclusion to make based on perception, but perception and reality are often not one in the same.

Unfortunately, that is not how things worked, even back then. Sure, there were relative booms and busts over the decades and the demand for lawyers roughly trailed these market fluctuations, However, unlike medical schools, law schools never had true market control. Admissions standards for law school were never rigorous enough to admit only the individuals with the most potential, and even in the best of times individuals who did not do very well academically would either flunk out or finish with nothing to show for it but a nice diploma mommy can hang on the wall. Things were never as rosy as many believed for those interested in law school. Some people that enrolled in law school, no matter the economic climate, simply didn’t cut it. Of course, you may question the relevance of this revelation as that’s the case with any graduate or college program, not everyone is going to come out successful and there is always going to be someone who you probably do not know who makes up that % failure statistic. The problem with the law field, however, unlike with other careers, is that the ability to practice law relatively comfortably and with any sort of expectation of steady career advancement comes only from working in higher-level private practice. Aside from the few government positions that are on par with the medium-higher end of private firms, only a portion of private practice gives graduates the chance to do well financially. Considering only some law school graduates will obtain such positions, even in boom times when employment statistics were at their best they were highly misleading for the average law school graduate.

In the boom times, imagine a scenario where up to 90% of law school graduates were obtaining post-graduation employment (this is highly dubious, but let’s work with it for the sake of a best case scenario). Without understanding how law salaries are generally structured, this would seem to indicate that law school was indeed a ticket to success. However, the legal market has a bimodal salary distribution. In other words, you either end up doing extremely well or you end up doing rather poorly. This 90% employment statistic is misleading because at best only about 25% (again, let’s be optimistic) of those 90% of graduates that were employed post-graduation obtained jobs with medium-higher end firms (where salaries are highest). The mere fact that in the best of times more higher-end private practice positions with firms were available does not negate the fact that for at least 3 out of 4 law school graduates the options remained the same: solo (eat what you kill), small law (small salary), public interest (small salary), government (generally small salary), alternate career (usually entry level – small salary). Although these other options may have lead to more financial freedom and security down the road for some, they can best be analogized to entry level jobs in other fields. Yes, some people will be able to fill the supervisor and mid-management positions down the line, but most people will remain close to where they started throughout their careers.

Of course, the debt levels back then were nowhere near today’s levels so the average law school graduate was able to enter small firm practice, for example, and eek out a decent living (even if it did not match the pot of gold a lawyer is destined to discover by entering the profession). The problem of carrying six figures of debt did not exist, so all these other options, like trying a hand at solo practice, weren’t the end of the world. Life was relatively at peace as a result. However, it is a fallacy to point to better times in years past as if there existed at some point in our history a time when the law school complete success story was true for the vast majority of law school graduates. There was always the possibility that law school could hurt you, the only difference between now and then was that the harm that could result was never as pronounced as it is today precisely because the other options available aside from medium-higher end private practice did not come with an insurmountable amount of school debt. The legal market inherently works this way, and it has always worked this way.

What is true about historical boom times, which helped develop this overly optimistic mentality about law school, can be understood in the following way:

1. There were periods of time when the amount of positions available at medium-higher end firms was greater, increasing the likelihood a law school graduate could obtain such employment.

2. The price of law school was much cheaper, so even if the average law school graduate could not obtain employment with a solid private firm (the majority still did not), at least the debt did not crush their ambitions to enter an alternate field, try their luck with solo practice, or hope of landing a public interest/government position.

These two factors, combined with the silence of those who did not succeed and voice their discontent, painted a very rose picture for the average person deciding on law school and the average individual observing only the lawyers that were successful. After all, when people develop perceptions about the legal field (for example), they do so from observations of individuals that actually practice and make a solid living. No lawyer who is just getting by will volunteer with excitement to provide commentary on the state of the legal market or want to discuss the realities of law practice. This rings true especially for those individuals who knew lawyers in medium-higher end private practice, providing the most persuasive confirmation bias of lawyer success.

Unlike the commonly perpetuated myth of law being a great way to enter a career with prestigious potential for success, regardless of the time period in history, the majority of law school graduates did not achieve such success even in the best of times. Sure, they had more opportunity to do so at certain times, or more options on the table as the debt wasn’t a huge problem, but the legal market has overall always functioned in much of the same way. Just because the circumstances of the time allowed the average law school graduate to escape washing out of the law does not negate the fact that the average law school graduate was not able to obtain the level of success commonly referenced and expected of lawyers by laypeople. Regardless of whether 10% or 25% of potential law school graduates have been able to obtain medium-higher end private firm employment with the greatest salaries and opportunities, it is false to believe that the world was ever a law school graduate’s oyster. It was, and has remained, wealthy to only a percentage of each generation of lawyers. With this background in mind, it is not hard to understand why the decision to go to law school today should be put under the microscope. A vast majority of today’s students do not have the means to enter the legal field under similar circumstances (i.e. low debt) as those law students of decades past. Therefore, these prospective students will not only have much greater debt burdens upon graduation, but they will be entering a field where the optimal result was never guaranteed or even likely for the majority of its graduates. Prospective students should keep this in mind when deciding on law school.